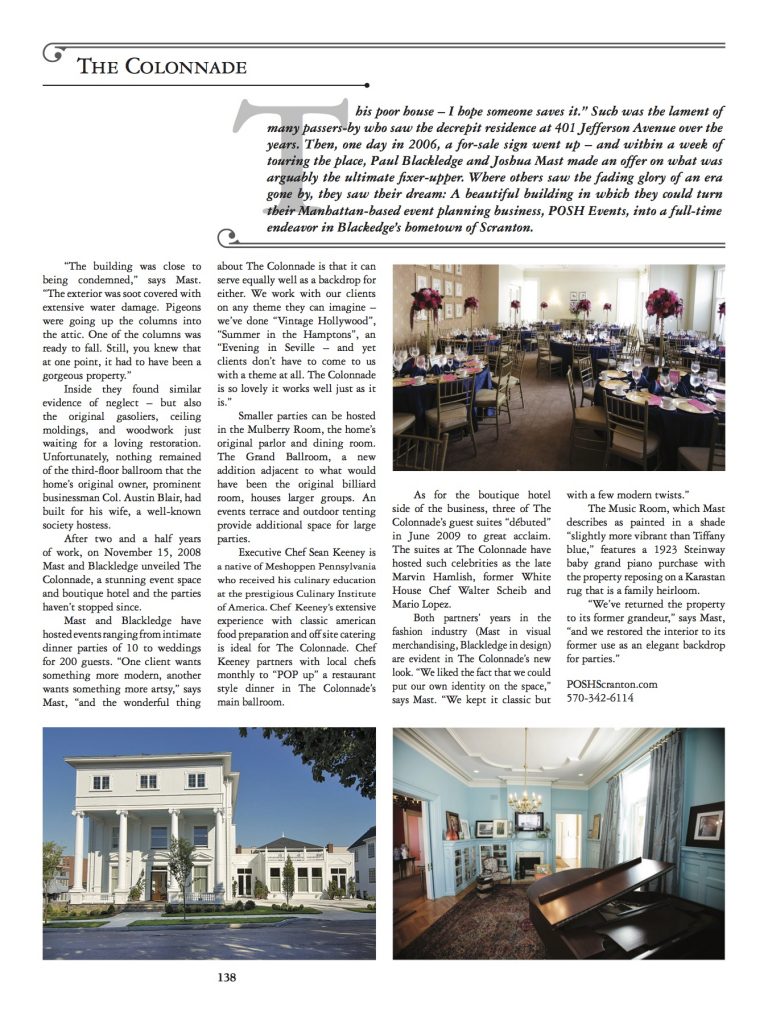 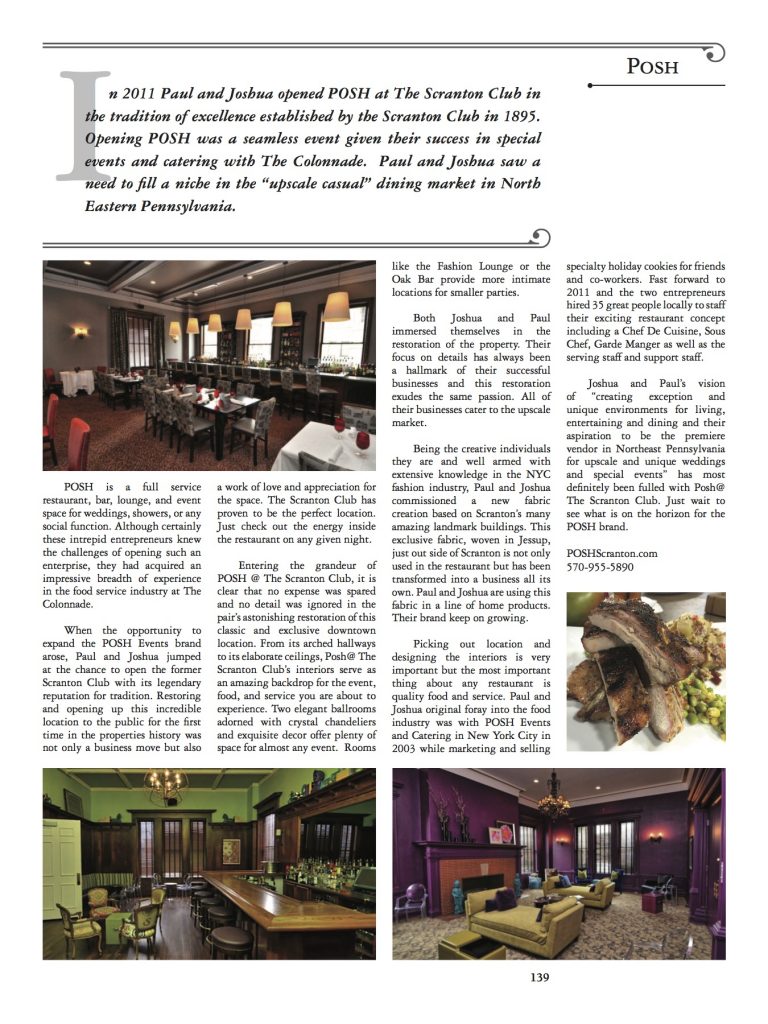 This stately residence was built in the 1870’s by Col. Austin Blair, son of prominent Scranton businessman James Blair. The elder Mr. James Blair was an origional stockholder in the D.L.&W Railroad , which he served as director, and in the Lackawanna Iron & Steel Company, founder of the Scranton Saving Bank, he served as it’s President. Col. Blair followed his father into the banking business.

Originally styled with Victorian details, the home underwent a remodeling in the early 1900’s, when it took on the neoclassical features that it proudly displays today. Classical elements include Corinthian columns and triangular pediments, while the houses symmetry is indicative of neoclassical design. The imposing third story was added as a ballroom, since Mr. Blair and his wife entertained often. Mrs. Blair was reputed to be a grand hostess, and horses and carriages brought regular guests along Jefferson Avenue.

The former residence has undergone a historically sensitive renovation and new construction that accommodates a new Grand ballroom with in-house catering as well as suites for overnight accommodations.

If You Are Interested in Visiting Any of Our Venues . . .